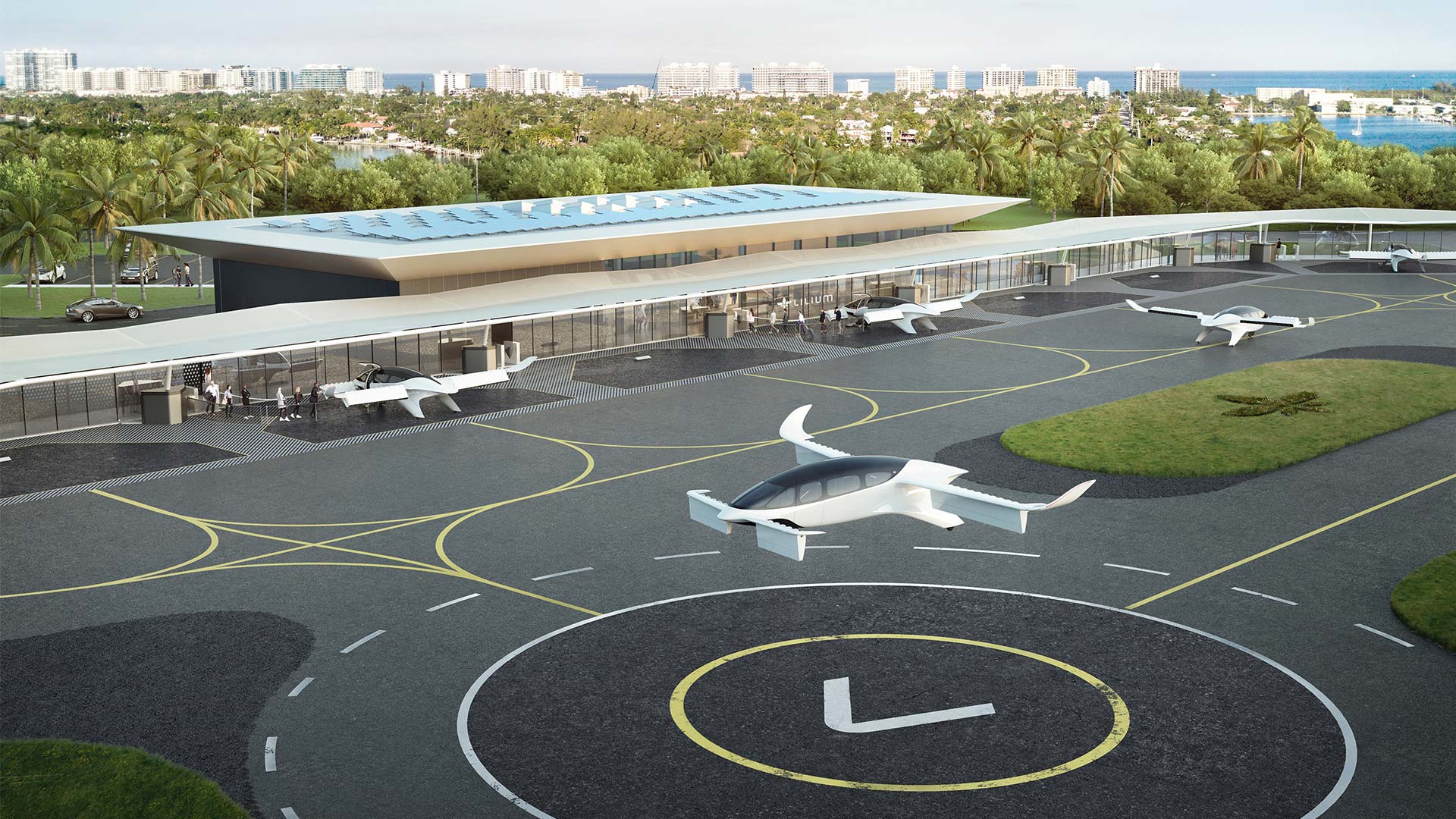 We have announced a network of exclusive vertiports in Florida and have a a proposed network under development in Germany.

In partnership with the City of Orlando, Tavistock Development Company and Ferrovial, we have announced plans to build a network of Vertiports in strategic locations across Central and South Florida. Our network will cover up to a 186-mile (300 km) radius, providing the opportunity to connect more than 20 million Floridians, with service accessible to over 100 million annual visitors to the Sunshine State.”

We’re working with Dusseldorf Airport and Cologne/Bonn Airport to connect Europe’s third-largest metropolitan area and Germany’s largest and most densely populated state (18 million inhabitants), including ten cities with over 300,000 inhabitants, as well as more than 40 universities and colleges and four international trade fair locations. Our network plans to connect Aachen, Bielefeld, Münster and Siegen with the region’s largest international airports within 30 minutes.

We have agreed that Munich Airport and Nuremberg Airport will become hubs for a proposed regional air mobility network in Bavaria. Based on agreements in principle with the landing site operators, Lilium has undertaken extensive preparatory work, covering site search, structural implementation and airspace integration, use cases and routes. This partnership will offer all-electric connections between different locations across Southern Germany.

We are in discussions with cities across the globe, so we can bring the Lilium service to you. More locations to be announced soon, so watch this space.

Ferrovial and Lilium to develop US Vertiport Network

Lilium announces intention to list on Nasdaq through a merger with Qell Acquisition Corp., and reveals development of its 7-Seater electric vertical take-off and landing jet