Lilium, the Munich-based startup developing a revolutionary on-demand air mobility service, has today released new footage of its all-electric Lilium Jet as it celebrates completing its first phase of flight testing, a milestone it has reached less than six months since starting its flight test campaign. 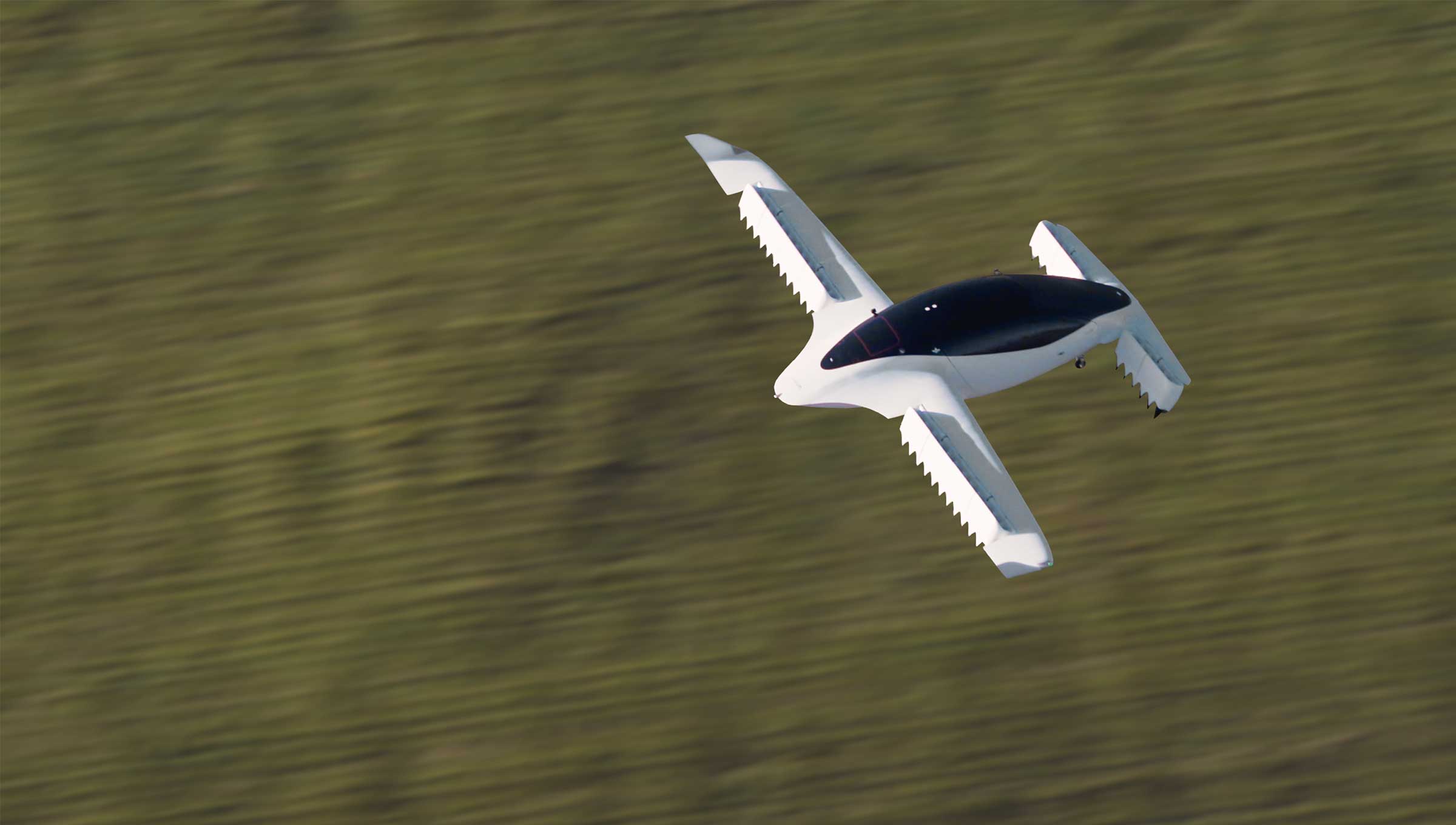 MUNICH 22 October 2019: Lilium, the Munich-based startup developing a revolutionary on-demand air mobility service, has today released new footage of its all-electric Lilium Jet as it celebrates completing its first phase of flight testing, a milestone it has reached less than six months since starting its flight test campaign.

The Lilium Jet, the world's first five-seater, all-electric, vertical take-off and landing jet, was revealed to the world in May 2019 and since then has been put through its paces at an airfield in southern Germany. The emissions-free aircraft, which will be able to complete journeys of up to 300 km in one hour on a single charge, has now been flown at speeds exceeding 100 km/h, in increasingly complex maneuvers.

The new footage reveals, for the first time, the aircraft transitioning from vertical flight to level flight. This signature maneuver, first completed just weeks after the aircraft’s maiden flight, is one of aerospace’s greatest challenges and is what gives the Lilium Jet its significant range advantage, with its two sets of wings contributing to much higher levels of efficiency than in aircraft lifted solely by rotors.

With a range of 300 km, the Lilium Jet will be capable of completing much longer journeys than the vast majority of its competitors, allowing it to connect entire regions rather than just making short trips across a single city.

The release of the footage came as the company also celebrated the completion of its first dedicated manufacturing facility, an important step towards preparing the company for serial production of the Lilium Jet.

The first manufacturing facility, a 3,000 square meter space located at the company's headquarters, will soon be complemented by a second, much larger, facility which is already under construction at the same site. Combined, they will support Lilium's aim of producing hundreds of aircraft a year by the time commercial services begin in 2025.

Lilium also announced an addition to its Senior Management Team, with Airbus veteran Yves Yemsi joining the team as Chief Program Officer, having worked as Head of Program Quality for the highly successful Airbus A350 aircraft.

Commenting on these milestones, Daniel Wiegand, co-founder and CEO, said: "It's been thrilling to watch the Lilium Jet progress so rapidly and to see our first flying taxi manufacturing facility. We are taking tangible and concrete steps towards making our vision of regional air mobility a reality and we're doing it on time.

"We believe that regional air mobility has the potential to be a remarkable force for good in society and we can't wait for what comes next." 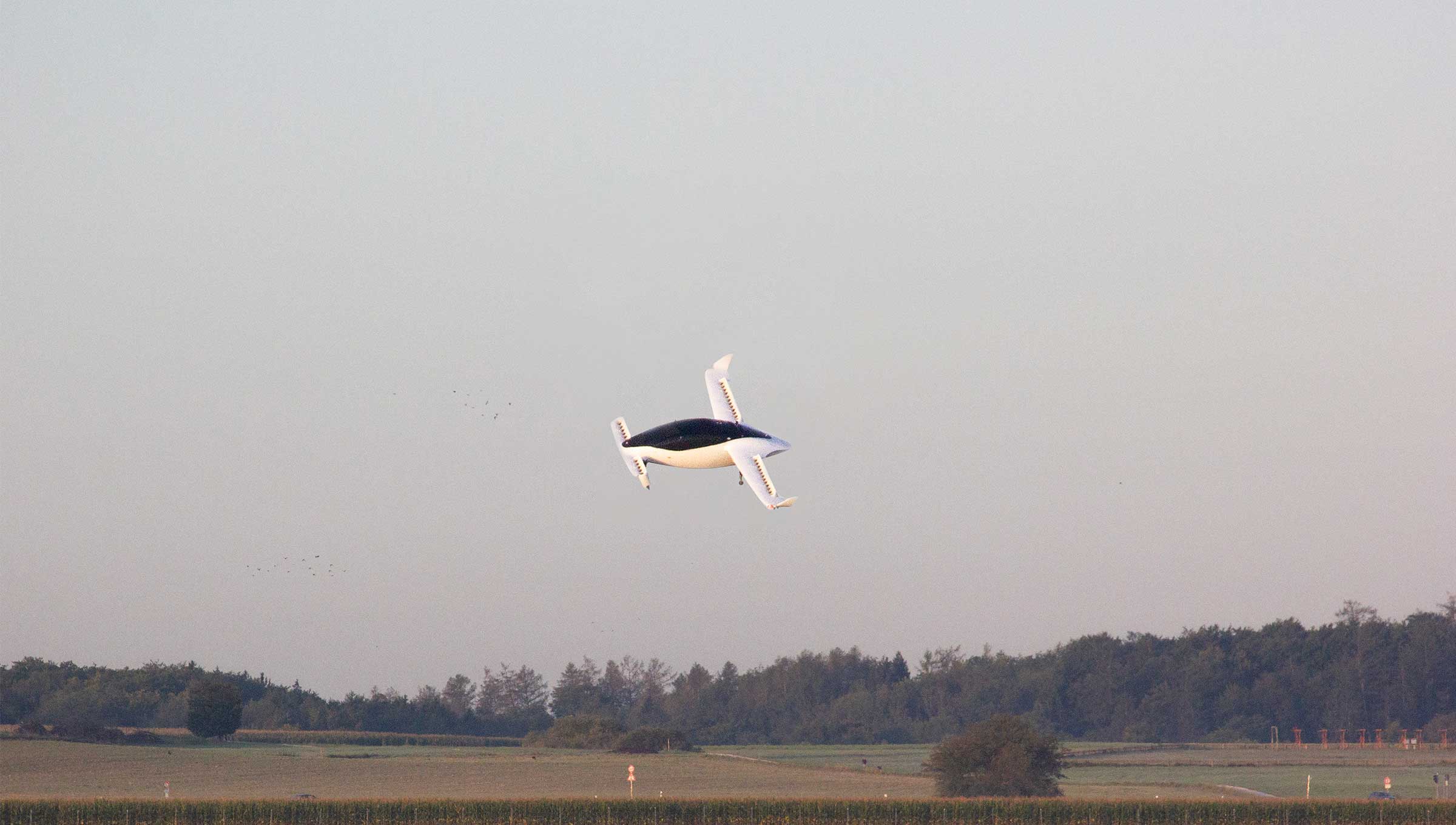 The Lilium Jet and flight testing

The Lilium Jet prototype first took to the skies at 08.03 local time on 4th May 2019. Powered by 36 all-electric jet engines, the aircraft has zero operating emissions and requires less than 10% of its maximum 2000 horsepower during horizontal cruise flight thanks to the lift generated by having two sets of wings.

Since its maiden flight, which featured a simple vertical take-off and landing, the aircraft has been undertaking increasingly complex maneuvers and longer flights. Having successfully completed more than 100 different ground and flight tests, the first phase of testing culminated with a flight that saw the aircraft travel at speeds exceeding 100 km/h.

During the first phase of testing, the aircraft also successfully completed a range of safety tests, including engine failures and flap failures, as well as fuse-blow-tests on the ground and in the air.

The aircraft, which is controlled remotely from the ground, will now move on to its second phase of testing which will look specifically at how it performs at high speeds.

With a top speed of 300 km/h the Lilium Jet is expected to shortly become the fastest all-electric vertical take-off and landing (eVTOL) aircraft in the world.

Commenting on the successful completion of the first phase of flight testing, Leandro Bigarella, Head of Flight Test, said: "The Lilium Jet continues to meet our expectations, delivering excellent in-flight performance and remarkably smooth transition from vertical to horizontal flight.

"That said, we take a relentless approach to improvement and, like any good testing program, we have had the chance to implement a number of refinements to the aircraft along the way.

"We are now moving into a critical stage of testing as we prepare for high speed operations and eventual certification by the relevant authorities."

Speaking about the new production facilities at the company's headquarters in southern Germany, Daniel Wiegand, co-founder and CEO, said: "Our ambition is to develop a world-class production facility here that will allow us to build critical parts ourselves and then deliver fully-assembled aircraft at the scale of the automotive sector but at the extremely high quality levels required in the aerospace sector.

“Having considered many locations to produce our first Lilium Jets, we felt our location in the heart of Europe was best suited to our needs, given the strength of the local aerospace supply chain.

“Having our production facility co-locate with our headquarters also makes sense at this point in our development, allowing us to maintain the rapid pace at which we are developing the Lilium Jet, from innovation through to engineering and manufacturing.”

Today, Lilium employs more than 350 people at its base in Munich, with more than 150 roles currently available across a range of disciplines. The new production facilities are expected to create up to 500 new jobs between now and 2025.

Over the past 15 years Yves has performed a wide range of roles at Airbus, most recently as a Senior Vice President, leading Procurement for their Defence and Space division. Prior to this he was the Head of Program Quality for the highly successful Airbus A350 aircraft, which has seen industry-leading levels of reliability.

Yves’ appointment complements the existing production team at Lilium, led by Chief Manufacturing Officer, Dirk Gebser, who also joined Lilium from Airbus, having led the assembly of the A380 and A320 aircraft.

Commenting on his appointment, Yves Yemsi, Chief Program Officer, said: "I'm extremely excited to be joining another iconic aerospace company and look forward to playing my part in revolutionizing this industry. In my time at Airbus I contributed to developing the most stringent quality standards for a brand new aircraft and I look forward to doing the same at Lilium."

Learn more about what Regional Air Mobility is here.

Learn more about how our Flight Testing works here.

Images and video footage are available for download in our media kit.

Lilium GmbH is a Munich-based startup developing a revolutionary on-demand air mobility service. To give wings to its vision of a world where anyone can fly anywhere, anytime, it has designed and prototyped a brand new form of aircraft that will enable it to deliver journeys that are comparable in price to today’s alternatives, yet many times faster. Revealed in May 2019, the Lilium Jet, a five-seater, fully-electric aircraft that can take-off and land vertically (eVTOL), will enable it to address a trillion-dollar market opportunity that will not only change the way people choose to live and travel but will also connect communities at a fraction of the cost of conventional high-speed infrastructure such as road and rail.

Co-founded in 2015 by four visionary founders, Daniel Wiegand (CEO), Sebastian Born, Matthias Meiner and Patrick Nathen, the company has attracted more than $100m in funding from world-class investors such as Atomico, Tencent, LGT, Freigeist and Obvious Ventures and now employs more than 350 people.

English and German speakers will be available for press enquiries.

Taking to the skies - flight testing the Lilium Jet

Podcast: Lilium's CEO Daniel Wiegand on Danny in the Valley

The future of regional air mobility with the Lilium Jet