Lilium secures $90 million in series B funding round

Lilium, the German aviation company developing the world’s first all-electric jet capable of vertical takeoff and landing (eVTOL), has announced a $90 million Series B funding round. 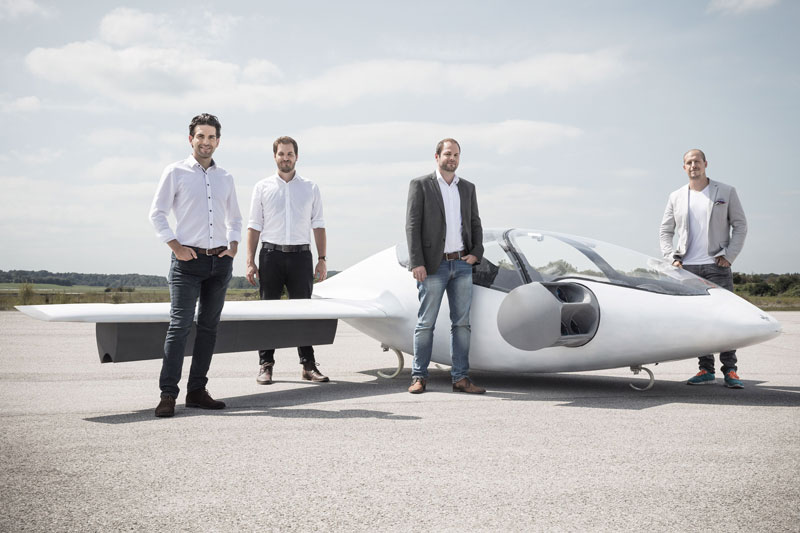 Lilium, the German aviation company developing the world’s first all-electric jet capable of vertical takeoff and landing (eVTOL), has announced a $90 million Series B funding round.

The investment will be used for the development of the five-seat Lilium Jet that will fly commercially, as well as to grow the company’s current team of more than 70. In April Lilium achieved a world first when the full size prototype successfully performed its most complicated manoeuvre - transitioning between hover mode and horizontal flight.

Daniel Wiegand, Lilium co-founder and CEO said: “This investment is a tremendously important step for Lilium as it enables us to make the five-seat jet a reality. This is the next stage in our rapid evolution from an idea to the production of a commercially successful aircraft that will revolutionise the way we travel in and around the world’s cities. It makes Lilium one of the best funded electric aircraft projects in the world. Our backers recognise that Lilium’s innovative eVTOL technology puts us in the lead in this exciting new industry, with no other company promising the economy, speed, range and low-noise levels of the Lilium Jet.

“We are continuing to recruit the very brightest and best global talent in aeronautical engineering, physics, electric propulsion and computer science to join us on this extraordinary aviation journey where the only limits are the laws of physics.”

The Lilium Jet’s electric jet engines are highly efficient and ultra-low noise, allowing it to operate in densely populated urban areas, while also covering longer distances at high speed with zero emissions. With the jet requiring no significant infrastructure, Lilium will be able to bring high speed transportation services to small cities and villages as well as large city centres for the first time.

The Lilium Jet will be able to travel at up to 300 km per hour for one hour on a single charge - meaning an example 19 km journey from Manhattan to JFK Airport could last as little as five minutes. The jet’s economy and efficiency means flights are predicted to cost less than the same journey in a normal road taxi.

David Wallerstein, Chief Exploration Officer at Tencent said: "Transportation technologies play a fundamental role in structuring our everyday lives. Lilium's electric powered eVTOL aircraft offers new mobility options that can benefit people around the world. From under- developed regions with poor road infrastructure, to the developed world with traffic congestion and sprawl, new possibilities emerge when convenient daily flight becomes an option for all of us. Lilium offers a substantial and environmentally-friendly transportation breakthrough for humanity."

Niklas Zennström, CEO and Founding Partner at Atomico said: "Lilium has already demonstrated its leadership in this new eVTOL industry and its once-in-a-generation transformative technology will have a seismic, positive impact on the world for generations to come. Now, with this latest investment round, Lilium has the capital and resources to speed ahead with the development of a commercially successful commuter aircraft that will transform the way we travel and help to solve some of the great challenges of our time."

Lilium was founded in 2015 by Daniel Wiegand, Sebastian Born, Matthias Meiner and Patrick Nathen. Earlier this month the company, which is headquartered in Munich, announced senior level hires from Airbus, Tesla and Gett.

Lilium was founded in 2015 by Daniel Wiegand, Sebastian Born, Matthias Meiner and Patrick Nathen while they were academics at the Technical University of Munich. The group shared a vision of a completely new type of transportation. In less than two years, Lilium has grown from the founding team to a company of more than 70 world-class engineers, developing and building the world's first fully electric vertical take-off and landing (eVTOL) Jet. An estimated range of up to 300 km, and cruising velocity of up to 300 km/h, along with zero emissions make it the most efficient and environmentally friendly means of transportation of our time.

Tencent was founded in Shenzhen in 1998 and went public on the Main Board of the Hong Kong Stock Exchange in 2004. The Company is one of the constituent stocks of the Hang Seng Index. Tencent seeks to evolve with the Internet by investing in innovation, providing a mutually beneficial environment for partners, and staying close to users.

Atomico invests in disruptive technology companies with ambitious founders from Series A onwards. Our experienced team includes founders and operators from the world's most successful technology firms who partner with our companies as they scale to become global winners. Founded in 2006, Atomico has made over 80 investments into companies including Supercell, Klarna, Stripe, ofo, Lilium, 6Wunderkinder and The Climate Corporation. Atomico’s team includes founders of six billion dollar companies, and operational leaders who were responsible for global expansion, hiring, user growth and marketing at companies from Skype and Google to Uber, Facebook and Spotify. For more information visit: http://www.atomico.com/

With over $300M under management, Obvious Ventures has partnered with over 30 world positive entrepreneurs building disruptive solutions to systemic challenges. The Obvious team brings entrepreneurial experience as well as capital to startups combining profit and purpose for a smarter, healthier, and more sustainable world.

LGT is a leading international private banking and asset management group that has been fully controlled by the Liechtenstein Princely Family for over 80 years. As per 30 June 2017, LGT managed assets of CHF 181.0 billion (USD 188.9 billion) for wealthy private individuals and institutional clients. LGT employs over 3000 people who work out of more than 20 locations in Europe, the Americas, Asia and the Middle East. www.lgt.com

Freigeist - previously known as e42 - is a privately-owned investment firm working with visionary founders to fund and build disruptive technology companies. The firm is best known for its seed investments in Wunderlist (acquired by Microsoft), MyTaxi (acquired by Daimler) and KaufDa (acquired by Springer). Freigeist’s team of experienced founders consists of Frank Thelen, Marc Sieberger, Christian Reber, Marcel Vogler and Alex Koch. The firm specializes in identifying extraordinary founders at an early stage of their career, often before their companies have even been founded.

Morgan Stanley says market for self-flying cars could rise to $1.5 trillion by 2040